Hemp oil is colloquially referred to as the omega-containing and nutritious seed oil extracted from hemp seeds, which is used as cooking oil and side dishes. Cannabis oil, on the other hand, refers to an extract made from other parts of the plant, such as inflorescences and leaves, i.e. CBD oil, which contains e.g. cannabinoids and terpenes. Cannabis oil made from inflorescences and leaves is usually used because of its properties to balance the well-being of the body.

CBD oil, or cannabis oil from an online store

Hemp oil is obtained by cold pressing whole hemp seeds and recovering the good quality and omega-containing oil they contain. The result is a bright green and beautifully golden glossy liquid hemp oil. Hemp flour and protein are made from the remaining pulp / seed cake. Due to its very rich omega content, hemp seed oil is rapidly rancid. Therefore, it is recommended to use germinated hemp seed oil with more than 13 times the amount of vitamin E that protects against omega fats. 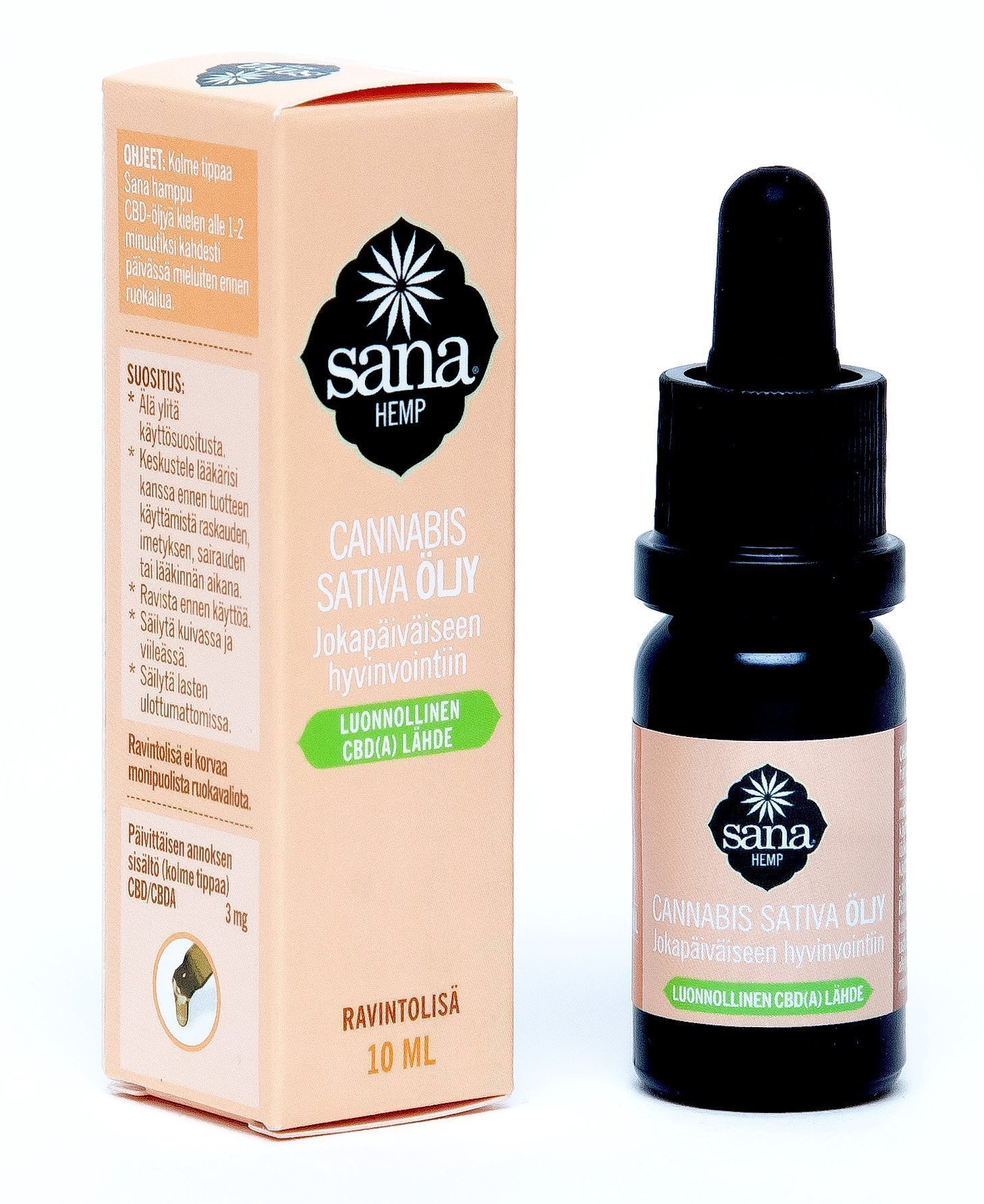 Use and manufacture of cannabis oil

Cannabis oils are most often prepared by carbon dioxide (CO2) extraction or by extracting the active ingredients into hot oil. Due to its fat solubility, almost any oil can be used for extraction. Generally, olive or coconut oil is used, which is more heat resistant than many other oils. MCT oil from coconut works better as a carrier for cannabinoids than other oils, so it is recommended to use CBD oils made for MCT oil. Cannabis oil, or CBD oils, are used for health and mood-boosting / balancing reasons. CBD oils are considered globally to be the most important wellness supplement for well-being.

The history and future of hemp oil and cannabis oil use

There are indications of the use of hemp seed oil from a very early age. Hemp has also been studied in Finland as the first crop. Cannabis oils and cannabis tinctures were Until the 1930s, the U.S. drug list was the primary drug for more than a hundred separate illnesses or diseases. Indeed, cannabis was the most important herb of the three best-selling products in pharmacies in the United States until the 1930s.

Although the scientific name for hemp is “cannabis”, it usually refers to industrial fiber and oil hemp varieties (Cannabis sativa), while cannabis usually refers to Cannabis indica, which has more potent medicinal properties.

Today, Cannabis sativa varieties have also been bred for medicinal purposes. On average, however, Cannabis indica varieties have significantly higher concentrations of cannabinoids than fiber and oil varieties. Of course, there are exceptions to this as well, and the cannabinoid levels of certain fiber and oil hemp varieties, such as CBD and its precursor CBD-A (cannabidiol acid), may inherently be significantly higher than those specifically processed into medicinal varieties. Different varieties of hemp have been enriched enormously over the centuries and all form their own special cannabinoid profile. One variety is better for one and another for another.

CBD-containing cannabis oil is made from the Cannabis sativa variety, i.e. industrial fiber or oil hemp. CBD-containing cannabis oil is mistakenly used on many sites for the word hemp oil, which, however, is well established from the hemp seed oil already in use. The word hemp oil is therefore misleading. However, it may seem logical to talk about CBD oil as hemp oil when it is most commonly made from hemp, not cannabis.

Cannabis oil made from industrial hemp mostly contains CBD and is therefore referred to as CBD oil. In this case, the dominant cannabinoid in the CBD oil is also CBD, i.e. cannabidiol. CBD oil made from fibrous or oiled hemp contains virtually no THC, as legal hemp varieties are allowed to contain THC from 0.2 %-1,0% , depending on the country and continent. Such small amounts of THC do not cause intoxication at all when there is a proportionally higher amount of CBD than THC. The intoxicating, i.e. psychoactive, effects of THC cannot be exerted when CBD with antipsychoactive effects cancels out low levels of THC.

Fiber and oil hemp are always CBD-dominant, and therefore cannabis oils made from industrial hemp varieties do not cause intoxication, even if they are full-spectrum CBD oils.

Cannabis oils, i.e. CBD oils and THC oils, are not new inventions, although they have recently become very popular globally. Cannabis oil is a centuries-old pharmaceutical tincture that accounted for half of all pharmacy sales in the United States until the early 20th century. The U.S. list of drugs listed cannabis oils and tinctures as the primary remedy for more than a hundred different ailments and diseases until the 1930s, when the cultivation and manufacture of cannabis and hemp was decriminalized. Finnish pharmacies also sold cannabis tincture without a prescription until the 1950s. Cannabis tinctures at that time were products comparable to today’s Ravintolis, i.e. very similar to today’s CBD oils .

Use and manufacture of hemp seed oil

Hemp oil is made by squeezing whole hemp seeds and recovering the good quality and omega-containing oil they contain. The end result should be a bright green and beautifully golden glowing liquid hemp oil. The pieces of shell and any precipitate are thus completely sieved off during the preparation of the oil.

When looking for the best cooking oil, we recommend that you always choose cold-pressed and high-quality hemp seed oil packed in dark glass. Fresh and cold-pressed hemp seed oil has the freshest flavor and could be described as a light nutty. Hemp oil is not very well preserved due to its high omega fat content. The only way to get hemp seed oil to stay good for several months is to germinate. With germination, the amount of vitamin E increases manyfold. Vitamin E is a fat-soluble antioxidant that protects fatty acids from oxidation. The germinated hemp oil remains in the taste of fresh hemp oil until the date. Ordinary hemp oil often has a stale rancid taste on the store shelf as omega fatty acids have begun to oxidize. When opened, hemp seed oil is best preserved in the refrigerator.

Thanks to healthy fatty acids, vitamins and antioxidants, hemp seed oil can also have a number of health-promoting effects in terms of for the well-being of the brain, blood vessels and heart. Thanks to its high content of vitamin E and omega-3 fatty acids, hemp oil also has anti-inflammatory effects. The omega-6 and -3-fatty acids contained in the seeds are slightly in a ratio of 3: 1 or 2: 1, depending on the source, which is close to the natural fatty acid composition of a healthy person.

Hemp seeds, like many other seeds and nuts, also contain so-called anti-nutrients that can be reduced by germinating the seeds before use. With germination, the body is able to utilize seed nutrients much more efficiently than without germination. During germination, the amount of vitamin E in hemp seeds can increase up to a multiple. Fat-soluble vitamin E protects hemp fatty acids from free radicals and oxidation, thanks to which the sprouted oil can retain its fresh taste significantly longer than hemp oil made from non-sprouted seeds.


Use and manufacture of cannabis oil

Cannabis oils are most often produced by carbon dioxide extraction (CO2) or by extracting cannabinoids and other active substances of cannabis into hot oil. Due to its fat solubility, almost any oil can be used for extraction. Olive or coconut oil (MCT) is commonly used, which is more heat resistant than many other oils.

The effects of cannabinoids on the body have been studied extensively for decades. Although research has increased significantly in recent years, not all the properties and effects of hemp are yet fully known. To date, more than 400 different ingredients have already been found in it, and some distinction can be made as to which cannabinoids act on which receptors. Some studies also show that cannabinoids, terpenes, and flavonoids are more effective together than alone. Based on this, the so-called. full Spectrum products or so-called. full-spectrum cannabinoid products are more effective than isolates, i.e., isolated ingredients such as cannabidiol (CBD).

Cannabis oils are often also marketed under the name “ CBD oil ”. Other cannabinoid extracts are also sometimes misleadingly referred to as “cannabis oil,” even if extracted into alcohol or plant glycerol. More specifically, alcohol-based extracts are tinctures or other mixtures and not actually oils.

The history and future of hemp oil use

There are references to the use of hemp seed oil from very early times. Hemp has also been one of the first researched crops in Finland. The first cannabis oils have hardly been the same as they are today, as instruments and extraction methods have evolved significantly in recent decades. However, that does not mean that hemp has not been used to support well-being and as a medicine for millennia in its many different forms.

With the help of current technology, it is possible to isolate each ingredient separately from hemp and to study their individual effects on the body’s endocannabinoid system and thus on overall balance and well-being.

The endocannabinoid system has been found in at least all mammals, birds, lizards, and fish. Hemp oil and cannabinoid products have also grown in popularity as pet welfare products and supplements. More and more new research is being done on the subject. The use of hemp oils is projected to grow exponentially in the coming years. Strong growth is seen especially in cannabinoid-containing oils and other cannabinoid products. CBD is already being added to thousands of different products from cosmetics to food, supplements and other specialty products.