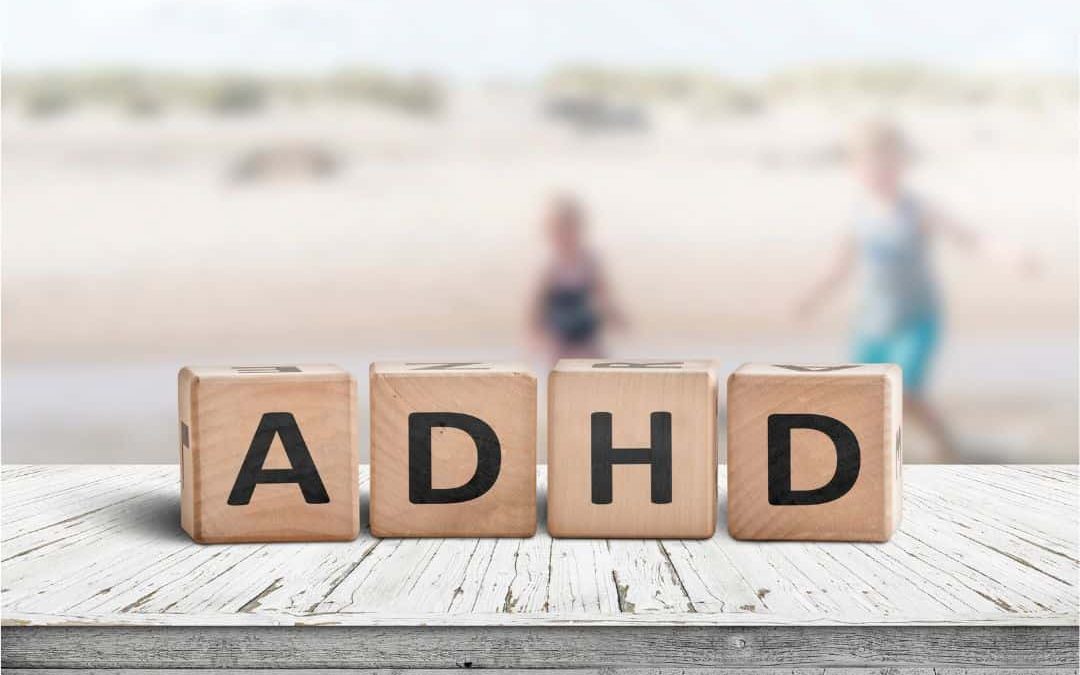 ADHD is a neurological disorder that causes hyperactivity, especially among children. It becomes common rapidly, and the symptoms do not necessarily subside even in adulthood. In this article, we find out what ADHD is and whether CBD oil could be helpful in alleviating the symptoms.

ADHD is short for attention deficit disorder. Today, almost every tenth child suffers from it. In adults, ADHD occurs in just under five percent, being more common in men and boys compared to the female population. Childhood ADHD sometimes calms down by adulthood, but approx. 70% have some level of symptoms throughout life. (1)

The background of ADHD is a disturbance in the development of the neural networks that regulate the brain’s attention and alertness. It is a partly hereditary syndrome, the origin of which is affected by certain genes, but its onset is not dependent on them (1). It has also been noticed that there is some degree of disturbance in dopamine production.

Although diet is hardly the sole cause of the onset of ADHD, deficiencies of certain nutrients have been observed in diagnosed children. Zinc, iron, magnesium and vitamin B6 deficiencies and an imbalance in omega fatty acids are typical. (2,3)

The Huminiqum product is a well-researched, high-quality and well-absorbed supplement that, in addition to its versatile vitamin content, contains fulvic and humic acids. You can familiarize yourself with the product and more detailed nutrient content better from here .

The symptoms of ADHD are related to attention, concentration and vivacity. Some find it difficult to focus on lessons, storybooks or games, others do not learn things such as reading, and others have challenges related to an impulsive way of reacting to things. The symptoms can be really strong and really make life difficult for the sufferer. Often there are few of these symptoms in each area and sometimes only some of them occur. The spectrum of symptoms is wide and each ADHD patient is an individual entity. (1)

The child’s challenges often appear in kindergarten or at the latest in school, where one should remain quietly during the lesson, listen to instructions and still act according to them. Non-existent ability to concentrate can be seen in school grades and in the behavior of a restless troublemaker in lessons.

In adults, ADHD manifests as inner restlessness, perhaps a challenge in memory, concentration and planning, not so much as hyperactivity and behavioral disorders as in children. Maarit Virta and Anita Salakari have written a survival guide for adults with ADHD, which according to readers is a useful guide for adults suffering from ADHD symptoms!

In addition to the typical symptoms of ADHD, both adults and children have side symptoms, e.g. insomnia, anxiety and challenges in social relationships. Problematic substance use is typical for adults and young adults.

with CBD oil has researched positive effects on the most common side symptoms of ADHD. CBD’s effect on sleep challenges can read here. You can read about anxiety, depression and the effect of CBD oil on them from here. There is an article on addictions and CBD from here . 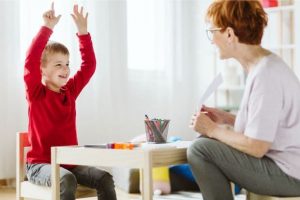 ADHD diagnosis is made with the help of various tests and examinations for both adults and children.

In children, ADHD studies usually start based on the observations of parents or persons involved in education, such as teachers. Adults can take an indicative ADHD test online, and apply to a doctor’s office for further examinations based on the results and symptoms. You can find an ADHD test on the Internet from here (4).

Getting a diagnosis is a lengthy process, which ensures that there are enough symptoms and that they correspond to a large enough extent to the diverse symptom picture of ADHD. Since ADHD does not show up in blood tests or any other physical measure, making a diagnosis is based on various behavioral tests, tasks and conversations with a health history in mind. (1)

According to Valvira, children’s ADHD is always treated non-medically first, and adults are also tried to be helped outside of medicine. The drugs used to treat ADHD are really strong and often cause strong side effects, and therefore they are mainly used to control the most difficult symptoms. (5) ADHD cannot be cured by drugs, but natural treatments such as diet, CBD oil and occupational therapy together, or without drugs, can get the symptoms well under control.

ADHD is therefore also treated with diet. In the case of ADHD, functional nutritional therapy focuses on the well-being of the intestines and digestion and ensuring that the body gets all the fatty and amino acids and nutrients it needs. A healthy, vigorous body is able to heal even difficult diseases by itself, and therefore supporting general well-being for all diseases and syndromes is of primary importance!

The endocannabinoid system and ADHD

The endocannabinoid system closely interacts with dopamine production, which is one factor behind ADHD (6). Dopamine affects e.g. to the reward system and the feeling of motivation, and the challenges in experiencing these feelings significantly decrease a person’s willingness to do tasks, learn new things, etc., which usually results in feelings of success and pleasure.

Endocannabinoids are produced in the body as needed and are everywhere in the body. Endocannabinoids are special in that they can be too little in one part of the body and too much in another. In the case of ADHD, the anandamide concentration in the blood is high compared to a healthy person, but in the brain, where dopamine production takes place, there is too little anandamide (6).

Anandamide is another of the most well-known endocannabinoids and one of its functions is to release dopamine and enhance its production. The underlying cause of the dysfunction of the dopamine system is thought to be too low anandamide concentration in the brain. Certain phytocannabinoids obtained from plants such as CBD increase the production of anandamide and prevent their breakdown.

A clinical dysfunction of the endocannabinoid system, which is thought to be at the root of all diseases, can be a system disorder just like this, where the body’s internal cannabinoid concentrations are out of balance.

CB receptors have been found in every corner of the body, but they have their own specific areas of action. The CB1 receptor is mainly found in the brain and nervous system, and thus it is also largely involved in the functions underlying ADHD.

Does CBD help those diagnosed with ADHD?

There are still many opinions on the matter without consensus. It seems that there are effects associated with cannabinoids that can make symptoms worse for some. On the other hand, CBD oil soothes and is especially effective in controlling side symptoms.

Hemp has a huge number of different active substances. More than 120 different types of cannabinoids are known, and there are more than 450 active compounds in total. The effect of hemp is based on synergy, i.e. when all the effective active ingredients of hemp are used, the benefit is more complete than using only an isolate, i.e. using one or a few isolated cannabinoids. More about joint effects, i.e. the so-called The Entourage effect can read here .

In the case of ADHD, it has been noticed that the positive effect of CBD oil on the symptoms is a result of the action of several cannabinoids. Hemp terpenes have also been found to have an effect on alleviating ADHD symptoms. CBD (cannabidiol), CBN (cannabinol) and CBG (cannabigerol) affect the production of dopamine and CBD in turn helps the production of serotonin. (6,7)

According to user experiences, CBD oil is used with good results to manage the side symptoms of ADHD, such as insomnia, substance addictions and depression. 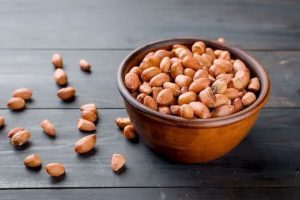 Disturbances in dopamine production have been observed in ADHD patients. Getting Biochanin A flavone from food can optimize dopamine production and help with ADHD symptoms. The flavone in question is found especially in peanuts, chickpeas and soybeans.

Since ADHD is a neurological challenge, its symptoms can and should be alleviated with ordinary health-supporting means. Both adults and parents of ADHD children have noticed that minimizing screen time alleviates symptoms. Computer games and violent programs seem to increase problematic behavior, while exercise, staying in the forest and a good long night’s sleep improve concentration and calm a restless mind.

The diet takes care of the condition of the intestines and digestion and improves nutrient levels in the body so that the body can function as optimally as possible. Biochan’s isoflavone A is a natural FAAH inhibitor, which in turn is a molecule that breaks down the endocannabinoid anandamide. Adding this flavone to the diet may improve dopamine production by preventing the breakdown of anandamide. Biochanin A is especially found in peanuts, chickpeas, red clover and alfalfa sprouts (8).

At home, you should get rid of all harmful chemicals such as laundry detergents, detergents and cosmetics and replace them with natural, non-toxic alternatives. The substances in chemicals are harmful to both people and the environment, and their negative effects on health have been studied for a long time.

ADHD is a growing syndrome for which there is currently no cure. The symptoms continue well into adulthood, and when drug treatment is the last resort, or at least that’s what is recommended, along with drug treatment, usual health-supporting measures such as diet, outdoor activities and minimizing screen time have been recommended. More research is still needed on the use of CBD oil for ADHD symptoms, but according to the current information, CBD oil can be effective in treating at least some of the underlying causes of ADHD, such as enhancing dopamine production and balancing the nervous system.