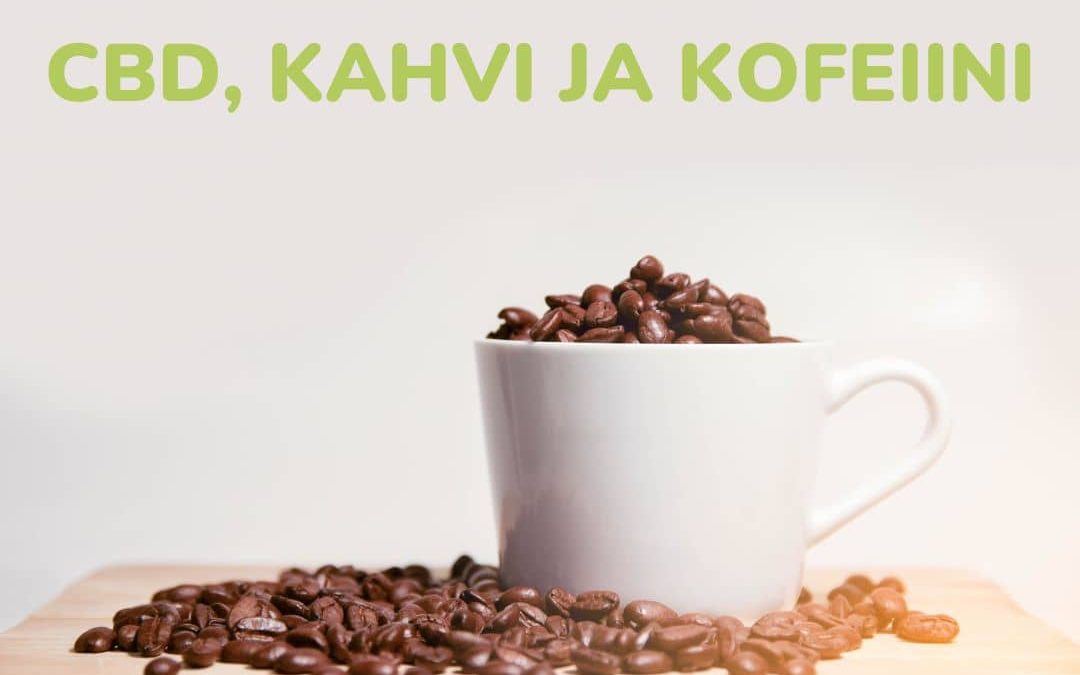 Coffee has a strong established position in our culture. Relative to the population, Finland drinks the most coffee in the world. Coffee is often the first thing offered wherever you go in Finland. About 91% of Finns drink coffee at least once a day, and during the year coffee is consumed by every Finn, about 10 kilos.

Nowadays, the consumption of various CBD products has also become a part of everyday routines for many people, so it is timely to consider what is the difference between coffee, caffeine and CBDthe possible interaction of Read on to see how coffee and other caffeinated beverages pair up with CBD!

Caffeine is the world’s most commonly used psychoactive substance, which can be found naturally in e.g. from coffee, tea, cocoa, cola drinks and mate. Caffeine affects e.g. attention, mood, alertness and has a stimulating effect on the central nervous system.

The noticeable effects of caffeine often begin within 30 minutes of consuming it. The half-life of caffeine is 3-6 hours. Caffeine can reduce the quality of sleep, make it difficult to fall asleep and shorten the amount of sleep at night (2). Studies have noticed hereditary differences in how caffeine affects sleep.

The safe daily dose of caffeine for adults is less than 400 mg. The recommended maximum daily dose for pregnant and breastfeeding women is half of that, i.e. approx. 200 mg. For children and young people, less caffeine is recommended, and the guideline safe limit is no more than 3 mg for each kilogram of body weight per day. (3)

Coffee, cocoa, tea, cola drinks and mate are the most popular caffeinated drinks.

Coffee enhances the effect of CBD

According to research, coffee can enhance the effect of cannabinoids such as CBD. In a 2010 research review, it was noticed how caffeine sensitizes the GABA receptors in the brain’s striatum to cannabinoids. GABA, i.e. gamma-aminobutyric acid, is the main neurotransmitter in the brain, the purpose of which is to slow down the activity of neurons in the central nervous system. (4)

In two-week mouse experiments, it has been found that caffeine enhances THC, the intoxicating ingredient found in cannabis)’s spatial memory-impairing effect (6). However, legal CBD oils and CBD products on the market are made from hemp varieties approved in the EU, with very little or no THC content.

The aromas of hemp and coffee beans have also been found to have similarities, as they both contain significant amounts of ingredients such as methyl valerate and methyl butanal .

CBD reduces the side effects of coffee

If you enjoy drinking coffee more than anything, and you don’t want to reduce it even if you experience adverse effects, then you should consider consuming CBD together with coffee. CBD and other cannabinoids cancel out some of the negative effects of caffeine and make it a less stressful experience for the body. CBD can be added directly to coffee or taken separately during coffee time. Try it and be positively surprised by the combined effect of coffee and cannabinoids!

If ready-made CBD coffee is not available, you can also prepare one yourself. CBD can be added to coffee in many different forms and it’s a matter of taste which is the best way for everyone. You can add to coffee, for example CBD oil or open a CBD capsule and empty its contents into your coffee. Otherwise, you can prepare the coffee normally just the way you want it.

Since CBD oil repels water and therefore does not mix with coffee, it is advisable to add fat to the drink, for example in the form of milk, cream, butter, MCT oil or vegetable milk. Anything with fat helps the CBD oil mix in better and also makes the drink look more delicious. If you like to drink your coffee black, that’s not a problem either. Others are happy to drink CBD coffee, even if the CBD oil is not properly mixed with it. Another essential factor in adding fat to coffee is that fat promotes Multiple absorption of CBD into the body. 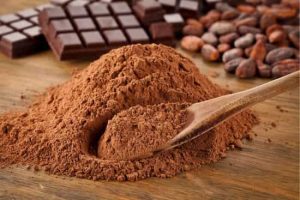 Finally, it should be mentioned that coffee can of course also be replaced with cocoa containing caffeine. In general, a cocoa drink (especially milk cocoa) already contains enough fat that the CBD oil mixes easily with the drink.

Another benefit of combining dark chocolate with CBD is the interaction with terpenes in chocolate, such as myrcene, linalool, and okimene (7). The combination of dark chocolate and CBD terpenes can promote a so-called synergistic effect (see Entourage effect). As research progresses, we will in the future better understand the importance of synergy and its benefits.

Anandamide and mood-affecting compounds in cocoa

In 1992, Daniele Piomelli and a team of researchers isolated a cannabinoid neurotransmitter called anandamide from chocolate (n-arachidonoylethanolamine or AEA) (8). The interesting thing about anandamide is that it is also a naturally endogenous cannabinoid found in the human brain and nervous system. Anandamide plays an important role in the overall sense of well-being. The word anandamide is derived from the Sanskrit word ananda, which means bliss, as anandamide is known to provide a general feeling of bliss and happiness.

A study published in the journal NeuroReport by the Georgia Institute of Technology and the University of California, Irvine lead researcher Arne Dietrich believes that the body releases cannabinoids that help cope with the prolonged stress and pain of moderate to intense exercise. Studies have linked anandamide to the body’s pain-relieving responses during exercise, especially running.

Although cocoa is quite low in anandamide, it also contains two other important ingredients that are present in much higher concentrations, and are more than likely the reason why we notice cocoa’s mood-enhancing effects. These are N-oleoylethanolamine (OEA) and N-linoleoylethanolamine (18:3 NAE). These two anandamide-like cousins both block the metabolic breakdown of anandamide and can potentially block the breakdown of other cannabinoids, including THC and CBD, allowing these compounds to last longer in the body. (8)

Read more about anandamide in our article: Anandamide: the happiness molecule for your brain .

Complementing all of cocoa’s mood-enhancing benefits is theobromine, an alkaloid very similar to caffeine and cocoa’s primary stimulant. Theobromine is a well-known vasodilator that acts as a “transporter” of nutrients and chemicals to the tissues. It may also be responsible for amplifying the effects of anandamide in chocolate. (8)

In addition to anandamide and theobromine, cocoa contains serotonin, phenylethylamine, and dopamine, all of which, according to research, help us feel more optimistic and calm. All of these together give us an overall sense of well-being while providing gentle, natural and long-lasting energy. (8)