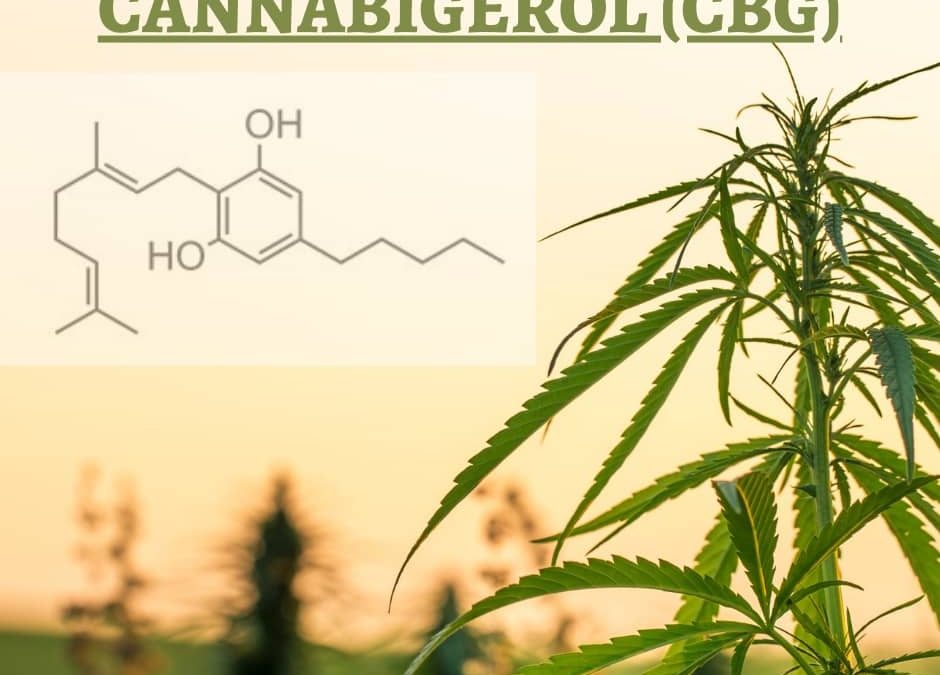 CBD products are growing in popularity and new hemp products such as CBG oil and CBN oil have recently entered the market with a lot of interest. This article discusses what CBG or cannabigerol is.

CBG is one cannabinoid compound found in hemp that has been studied more than ever in recent years. The phytocannabinoid CBG is non-narcotic, meaning it does not cause intoxication to the user. CBG acts on the same receptors as CBD (1).

Despite the fact that coverage of cannabiger is still significantly lower than that of the best-known CBD and THCAccording to new studies, it has similar effects to CBD in addition to its unique properties. CBG is also classified as safe for daily use. Thus, CBG could very well be a new rising and trendy cannabinoid product.

CBG, like other cannabinoids, acts on the body’s internal cannabinoid system through cannabinoid receptors (CB1 and CB2). Studies show that CBG increases serotonin, the so-called well-being hormone secretion, which has a mood-boosting effect.

CB1 and CB2 receptors play an active role in the regulation of cognitive functions such as appetite, pain response, mood, and internal balance. By acting on cannabinoid receptors, cannabinoids can alter the signals that neurotransmitters send to the body to maintain the balance of vital functions (2).

Use of CBG in various diseases

According to the latest research, CBG has versatile effects on well-being. It is used especially for certain diseases.

According to research, the cannabinoid CBG (cannabigerol) can reduce pain because it is a potent alpha-2-adrenoceptor agonist and also a moderately potent 5HT1A receptor antagonist. (3)

A 2014 study looked at colon cancer in rats and concluded that CBG may reduce the growth of cancer cells and other tumors. (4)

According to a 2013 study, CBG appears to reduce IBD symptoms. In summary, the study shows that CBG attenuated colitis in mice, reduced nitric oxide production in macrophages, and reduced ROS formation in intestinal epithelial cells. CBG could be considered for clinical trials in IBD patients. (6)

The study found that CBG can kill bacteria, especially methicillin-resistant Staphylococcus aureus (MRSA), which causes drug-resistant infections. These infections can be difficult to treat and also sometimes dangerous. (7)

In addition to the benefits listed above, CBG has been found to have an effect on improving appetite and many other ailments, which need further research for confirmation.

The CBG was discovered as early as 1964

CBG is not in itself a new discovery. The CBG was first identified from hemp in 1964. The compound was discovered together by researchers Raphael Mechoulam and Yehil Gaoni (8).

However, isolating CBG from hemp is not as easy as isolating CBD, which has made the launch of CBG products slower and more laborious. Now, several manufacturers have invented ways to extract CBG efficiently. At the moment, there are e.g. CBG oil, CBG capsules, CBG cosmetics, CBG candies, CBG flowers and more. CBG products.

CBG is the mother of all cannabinoids

CBG is called the mother of all cannabinoids, as CBG forms all other hemp cannabinoids. CBG is also known as the cannabinoid stem cell and the “Rolls Royce” of cannabis.

Like all other cannabinoids, CBG is present in hemp in acid form (CBG-A). Enzymes allow cannabigeric acid (CBG-A) to form other better-known cannabinoid acids such as THC-A and CBD-A, which in turn transform over time into THC, CBD and other non-acidic cannabinoid compounds (9). Finally, the remaining CBG-A (approximately 1%) decarboxylated CBG. A total of at least 120 different cannabinoids have been found in hemp.

What effect does CBG have in combination with other medicines?

It is not yet known what interactions CBG may have with other medicines.

If you are taking any medications, it is best to check compatibility with your doctor before trying CBG oil. This is especially important if you are taking a medicine that contains so-called grapefruit warning. ​​In the same way as grapefruit juice, CBG can also increase the effectiveness of the effects of several drugs.

Medicines that often have this warning include:

See a more detailed list of drugs commonly used in Finland that have been shown to interact with CBD.

CBD can affect how your body metabolises these medicines. It’s not clear if CBG has the same effect, but given how similar it is to CBD, it’s best to be cautious and carefully consider co-medications. (10)

Do not stop taking your medication to use CBG oil unless instructed to do so by your healthcare professional.

When choosing CBG products, you should first check that the company’s products are tested and trusted by a third party. Check the cannabinoid profile and possible contaminations for analysis. All analyzes should be available on the vendors ’website or should at least be available via email upon request.