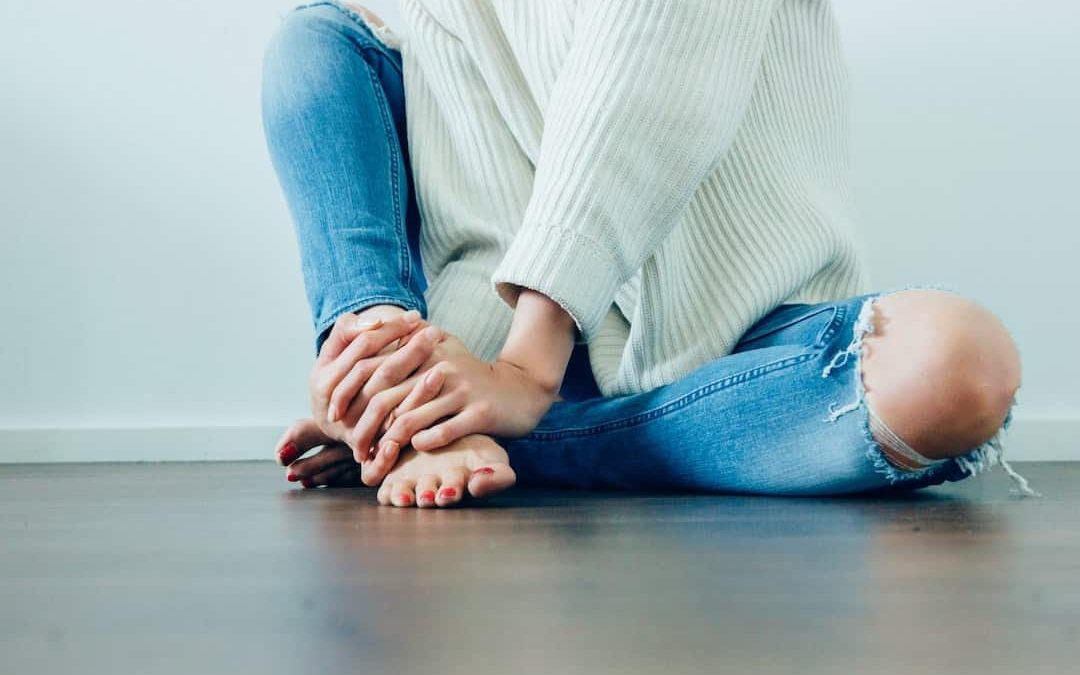 Every tenth person in the world suffers from the symptoms of restless legs either regularly or occasionally. It is a disease affecting the quality of sleep and mood for which there is no curative treatment. In this article, we’ll find out what restless legs are and whether you could CBD oil calms them down!

Restless legs syndrome (RLS) is classified as a neurological, sensorimotor disease that has only become more common in recent decades. Often, when making a diagnosis, it turns out that people who suffer from restless legs have had symptoms since childhood, and there is usually a genetic link to the disease. (1) The name of the disease, restless legs, is incorrect in the sense that the symptoms are not necessarily limited to the legs, but there are often sensations in the arms as well.

The symptoms manifest as a strong need to move the limbs, especially the legs. The sensations are obviously difficult to describe, but we are talking about pressure, tingling, burning, itching and an unpleasant feeling deep inside the leg. The symptoms start in the evenings before going to bed and for some even when they sit down to calm down at the end of the day. You might think that restless legs need rest and peace, but it seems that the right amount of exercise eases the symptoms or even stops them temporarily. Lightly moving your legs when the symptoms start may relieve them and make you feel easier enough to catch up on sleep. (1,2,3) 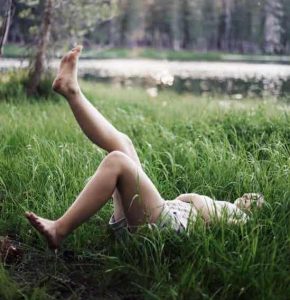 The symptoms of restless legs often occur at night and in the evenings when the legs are at rest. Restlessness in the legs may force you to get up and swing your legs, even if the person is otherwise tired and ready to sleep.

Anxiety, which occurs as a side effect, is relieved by CBD oil

Restless legs may cause side effects of insomnia and daytime fatigue after a bad night’s sleep. The need to move and the strong compulsion in the legs wakes up throughout the night and sometimes requires even getting out of bed. (1,2) Anxiety and stress are also commonly mentioned side symptoms. For anxiety relief with CBD oil can read here and about the effect of CBD oil on stress here. CBD oil is versatile in its care, and its effects that support the body’s functions also help restless legs, at least indirectly. CBD oil may also help with sleep-related challenges and you can read more about it here .

The origin of restless legs is not completely known, but in addition to hereditary factors, iron deficiency anemia and a disturbance in dopamine production contribute to the onset (1,3). Lack of exercise, coffee, tobacco, alcohol and some medications may also increase and maintain symptoms (1).

The neurotransmitter hormone dopamine is involved in many things and is also involved in body movements. Its lack causes e.g. dystonia, i.e. involuntary movement of the body.

Dopamine levels in the nervous system naturally decrease towards evening, and are at their lowest at night. Dopamine’s involvement in the production of body movement and its natural production rhythm is directly related to when restless legs begin to show symptoms.

Dopamine is produced by the substantia nigra of the brain, and it is the lack of iron in the dopamine cells in people suffering from restless legs that supports the theory of the combined effect of a dopamine disorder and iron deficiency in the emergence of the syndrome. It is still unclear how there can be too little iron in the brain when iron levels in the blood are normal. (3)

During pregnancy, a woman’s body adapts to work in more cramped conditions than normal. In addition to the nerve pathways being pinched and the blood vessels constricted, the legs are suddenly subjected to more weight than they are used to carrying. Symptoms of restless legs during pregnancy are 3 times more common than in the general population, and they usually stop soon after pregnancy. The risk of getting restless legs during pregnancy is increased by being overweight and the age of the expectant mother. (4)

In the absence of a working form of treatment, the treatment for restless legs currently consists of small pieces that each person with symptoms assembles according to their needs. Sufficient exercise helps most people as long as it is not too late in the evening. You should also avoid consuming caffeine, alcohol and tobacco too close to bedtime. Restless legs strongly affect the quality of sleep for most people, so you should take care of suitable conditions for sleeping, such as a good bed, suitable temperature and relaxation before settling down to sleep.

Magnesium and other minerals relieve symptoms

Restless legs are also treated by taking care of iron reserves and iron absorption. It would be important to get the iron levels of the tissues and brain to a good level, and therefore it is also essential to consider other minerals that affect the absorption and transport of iron to the right places. Especially copper and magnesium are important minerals for the absorption of iron, and their adequate intake should be taken care of in a varied diet and possibly also in the form of a supplement. Well-absorbed iron and other minerals to support the body are e.g. in humic and fulvic acid capsules which can be found here .

CBD can help with the symptoms of restless legs, because CBD affects nerve function by optimizing and balancing it as needed.

The effectiveness of CBD oil in people with restless legs syndrome may be based on CBD ‘s ability to prevent excessive dopamine release by restoring nerve activity to a more normal state (5).

CBD oil has been shown to be an effective aid in the treatment of various neurological diseases such as epilepsy and MS . The relief of the symptoms of Parkinson’s disease with CBD oil has also been studied with good results, as well as fibromyalgia. All of these diseases, with the exception of fibromyalgia, have the same involuntary, life-affecting movements of the body and precisely these symptoms CBD oil has been found to bring relief or even release.

You can read more about alleviating the symptoms of epilepsy with CBD oil here. Also for the treatment of MS There is an article written on CBD , which you can read here. Restless legs associated with fibromyalgia are very common and due to the effect of CBD on fibromyalgia can read here .

The treatment of restless legs with CBD oil has been studied unfortunately little, but the few studies and the numerous experiences of users give good promises of a positive treatment response. A study of six participants was conducted in France, of which 5/6 stated that they had received help for restless legs (6) and in connection with a study in Canada, it was found that more than half of the participants who had restless legs as one of the symptoms received CBD oil helps with symptoms (7).

Although there is no direct cure for restless legs, you can try a 100% natural CBD foot cream specially designed for tired legs to treat its symptoms, which includes several active substances. CBD foot cream reduces swelling, warms and relaxes the feet. At the same time, it also stimulates peripheral blood circulation and makes the legs feel fresh and light. The product does not contain parabens, artificial colors, flavors or preservatives CBD foot cream can be ordered Hemp from the online store .

Restless legs is a disease that occurs either by itself or along with another disease. Treating it with CBD oil has not been studied yet, but since the endocannabinoid system is so important behind the body’s functions, it is possible that cannabis-based medicines will still be developed, also for restless legs.