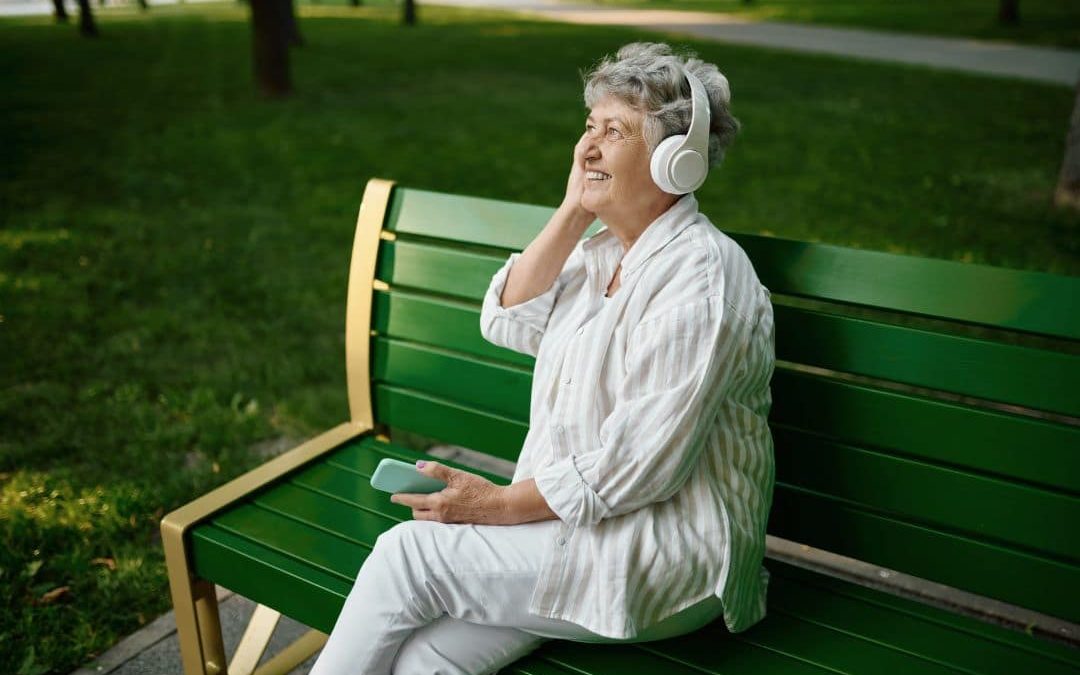 Alzheimer’s disease is a memory disease that has a strong impact on life, for which a curative treatment has not yet been invented. In this article, we will learn about Alzheimer’s disease, the endocannabinoid system behind it, and also whether CBD oil could help in its treatment or symptom management.

Alzheimer’s disease is a memory disorder

Alzheimer’s, a degenerative memory disease of the brain, is a disease of the older population, which is rapidly becoming more common and occurring in younger and younger people. It usually affects people over 80 years old, but today we see Alzheimer’s patients 60+ years old. In Finland, approx. 70,000 people and it is slightly more common in women than in men. Life expectancy is hopeful, as it can be up to 20 years from the onset of the disease.

Aloi Alzheimer, a doctor and researcher who lived in the 19th century, became interested in the pathology of the brain and wanted to find out the identification and characterization of the diseases behind clinical syndromes. He observed the first observations of brain degeneration at the very end of the 19th century, and this was the first step both in identifying Alzheimer’s and in acknowledging its existence. (1)

Alzheimer’s belongs to the family of memory diseases. The most common are Alzheimer’s, vascular memory disease, Lewy body disease and memory diseases caused by degeneration of the frontotemporal lobe. Dementia is a syndrome in which there is at least one additional symptom in addition to the memory disorder, such as language weakness or impaired dexterity. (2)

The root cause of the disease is not known. Small changes occur in the brain that damage nerve pathways and brain cells. The brain is affected by the accumulation of protein deposits (amyloid) and tau protein, as a result of which memory and information processing deteriorate. (3, 4)

Basically, it is brain degeneration due to the death of nerve and brain cells.

Alzheimer’s is partly hereditary, as it is caused by genes, but its onset is not dependent on them. Genes have the greatest influence on the development of Alzheimer’s disease apolipoprotein E allele e4, but the disease seems to be more common in some families, even if not everyone has the gene in question. (3) 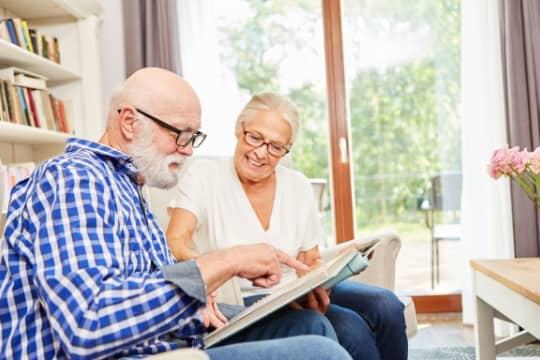 The symptoms of Alzheimer’s disease are related to memory and difficulties in recognizing things.

The symptoms of Alzheimer’s are similar for all sufferers, but there are also differences depending on the quality of the disease. Sometimes the symptoms focus on vision-related symptoms, such as recognizing things, etc. and sometimes more for memory loss.

Usually, the first clear symptom is a marked decline in memory. At first it may seem like a distraction, but as time goes on, challenges start to appear even in complex activities, such as traveling or managing money. (3)

A natural part of getting older is that you no longer remember everything the same way you did when you were younger. In Alzheimer’s disease, short-term memory weakens and learning new things becomes difficult earlier than average.

The symptoms also include psychological symptoms. Many people with Alzheimer’s can be aggressive and quick-tempered, as well as direct and rude in their words. The symptoms are not necessarily always continuous, but for a moment the functioning, memory and psyche can be as before the illness. (3)

Alzheimer’s disease is usually diagnosed at an early stage because it is quite easy to recognize. The symptoms are quite clear, but structural images of the brain are usually taken in addition to neurological tests to make sure. Early diagnosis is also made possible by samples taken from the spinal fluid. (3)

Alzheimer’s disease is treated with drugs that aim to increase concentration, reduce psychological symptoms and improve functional capacity. At least for the time being, there is no drug that cures or stops the disease, instead medical treatment focuses on alleviating the symptoms and slowing down the progression of the disease. (5)

The neurotransmitter acetylcholine is central to neurodegeneration. It transmits messages between neurons and plays a significant role in memory formation and information retrieval within the brain. People with Alzheimer’s have been found to have lower levels of this neurotransmitter compared to healthy brains, and for this reason, drugs that prevent the breakdown of acetylcholine and improve its function have been developed especially for the treatment of Alzheimer’s disease. (3,4,5)

Prevention is very much related to following a healthy lifestyle.

Today, there is a lot of discussion about the impact of the environment on health, from the cleanliness of food to air pollution. Heavy metals have been studied as particles that accumulate in the body and have negative effects, e.g. to the nervous system and skeleton. Avoiding them completely is almost impossible, but with some small actions in everyday life there is a chance to influence this. (6,7,8)

Heavy metals end up in the environment, i.e. food, water, soil and air, e.g. due to emissions from factories and cars, but also due to plant protection agents and chemicals used in water purification (6,7,8). Finnish tap water, food and air are clean compared to many other corners of the world, but this is no Lintukoto either. Cleanly produced food, a water filter in the tap and avoiding excess chemicals in cosmetics, household goods (e.g. plastic dishes) and detergents are ways that may reduce the risk of getting sick, e.g. to Alzheimer’s disease.

You should take care of your brain health. Their condition can be maintained with the help of a versatile clean diet and by giving them a suitable challenge even at the threshold of old age.

The endocannabinoid system role in the background of Alzheimer’s has been studied to some extent. The system in question has been of interest to researchers for a long time, as its malfunctions seem to be the underlying cause of almost all diseases. The endocannabinoid system has been found in all the world’s mammal species, and improving its function is definitely one of the biggest goals of future drug development.

The endocannabinoid system consists of the body’s own cannabinoid receptors, endogenous cannabinoids, and their disintegrating molecules.

The CB1 receptor in the brain is associated with e.g. memory, learning, behavior and appetite. (9,10)

Oxidative stress is related to the onset of Alzheimer’s disease. CBD is an antioxidative cannabinoid that reduces symptoms caused by oxidative stress. CBD has also been found to have a memory-enhancing effect.

Does CBD oil help with Alzheimer’s?

Full spectrum CBD oil is an oil obtained from hemp, into which all the active substances of the plant have been pressed. There are almost 500 different active substances in hemp and 120 different cannabinoids. Hemp has been known in herbal medicine for thousands of years and has been used successfully for a long time for various ailments. A few compounds that are especially important for Alzheimer’s disease have been listed below.

Oxidative stress is one risk factor in the development of Alzheimer’s disease. CBD is an antioxidative cannabinoid that reduces symptoms caused by oxidative stress. CBD is also a cannabinoid that calms the nervous system, which has been found in animal experiments to improve recognition memory. Agitation and aggression may also calm down under the influence of CBD. (11,12)

According to some studies, CBD has been recommended for the treatment of Alzheimer’s at a daily dose of 300 mg, either increasing or decreasing it depending on how it starts to work. The benefit can be seen as an improvement in general well-being and a slowing down of the progression of the disease, which of course can be difficult to notice.

The better known and more researched CBD has its own effects on the functions underlying Alzheimer’s, but other cannabinoids have also been found to have therapeutic effects. Also called the mother of all cannabinoids Cannabigerol ( CBG) has been found to protect nerves, relieve inflammation and improve motor deficits. (14)

Terpenes, which are mainly responsible for the aromatic properties of hemp, have been found to have therapeutic effects either alone or at least as part of CBD oil synergy. There are many different types of terpenes and some of them have an effect preventing the breakdown of acetylcholine. Some terpenes, like CBD, have the effect of reducing oxidative stress and have been found to increase blood flow to the brain. (11,13) 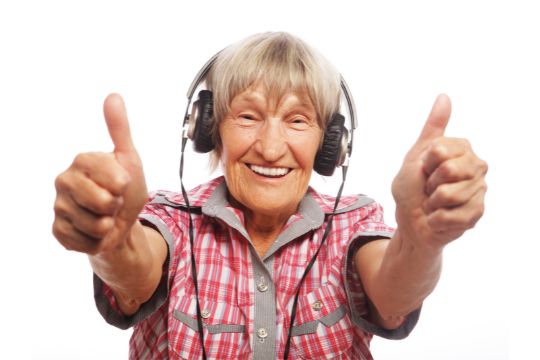 Listening to music familiar to the patient has been found to be an effective way to rehabilitate Alzheimer’s patients. Music evokes feelings and memories that activate the frontal lobe of the brain, which is the last place the disease wreaks havoc.

Music in the rehabilitation of Alzheimer’s disease

The effect of music on people with Alzheimer’s disease has been studied more widely in recent years. Based on the results, it seems that Alzheimer’s patients literally come alive when they hear familiar music from their past. Familiar music revives old memories and activates cognitive functions.

According to experts, there is a special place in the brain where memories of music are stored for a very long time. Based on the experience of many people, listening to familiar music is one of the most effective ways to rehabilitate Alzheimer’s patients.

Music evokes memories and emotions and activates the frontal lobe area of the brain, which is the last place where disease wreaks havoc on tissues. Singing can also be of similar benefit in Alzheimer’s rehabilitation. (15) According to studies, people suffering from memory disorders benefit best when they sing songs they already know together (16).

Alzheimer’s disease is a untoward, usually lifelong disease that affects the performance of everyday chores. Short-term memory weakens and learning new things becomes difficult, before long familiar people become strange and a person may get lost on the way to the convenience store. The endocannabinoid system has its own part in the functioning of the brain, and future drug treatment for Alzheimer’s disease might be related to, for example, blocking the endocannabinoids that break them down. CBD oil may have therapeutic effects, e.g. in functions related to improving memory, reducing aggression and protecting the nervous system and thus it could be a potential gentle aid to support the treatment of Alzheimer’s.