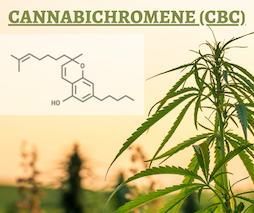 The most common cannabinoids like CBD and THC are starting to be familiar to many, but do you already know CBC? This article looks at what is CBC, or cannabis chromene.

CBC is one of the many cannabinoids found in hemp. Recently, more cannabis chromene has also been studied and its role has become better understood than before. In particular, it has been studied how CBC interacts with other cannabinoids such as With THC and CBD .

CBC differs from many other cannabinoids in that it binds less to CB receptors. Instead, cannabis chromium binds to and acts on TRPA1 and TRPV1 receptors through TRP channels. These receptors are involved in the detection of body temperature and other sensations (1).

Although CBC is an important component, the amount of cannabis chromene in hemp is relatively low. Concentrations vary by variety. 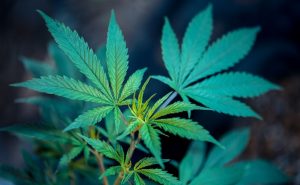 The CBC is not intoxicating

CBC is not psychotropic, meaning it is not intoxicating (3). The CBC is not found in the UN Convention on Narcotic Drugs, so cannabis chromene is a legal substance and is therefore not restricted.

Little is known about the exact properties of CBC. According to some animal studies, cannabis chromene may have antimicrobial properties, relieve pain and inflammation, and may provide relief from depression. However, more studies in humans are needed.

Researchers speculate that CBC may also be an effective agent in the treatment of cancer because it interacts with endocannabinoids such as anandamide. It seems that the “happiness molecule” produced by the body itself the duration of action of anandamide may be longer in combination with CBC.

CBC and side effects

It is not yet known whether CBC causes any significant side effects. As with other non-psychotropic cannabinoids, CBC appears to be generally well tolerated. However, more research is needed and fortunately there are coming.

It is not yet known whether CBC causes any significant side effects. As with other non-psychotropic cannabinoids, CBC appears to be generally well tolerated. However, more research is needed and fortunately there are coming.

Before you buy CBC products

Interested in cannabis chromene? When buying CBC products, you should first make sure that the company’s products have been tested and trusted by a third party. Check the cannabinoid profiles and any contamination for analysis. Such analyzes should be available on vendors’ websites or at least made available upon request.

You can find high-quality and analyzed CBD products here in the online store .